Have you ever wondered how cannabinoids interact with your body? The answer is through the endocannabinoid system.

The endocannabinoid system is responsible for regulating balance in our body’s immune response, communication between cells, appetite and metabolism, memory, and more.

In spite of the integral role this system takes on, until recently it remained an unknown part of the human body’s functions.

Named for the plant that inspired its discovery, the endocannabinoid system is important to your overall health and equilibrium, but its importance is only just becoming understood by the medical community. It is through this system that the naturally occurring cannabinoids from medical marijuana interact with our bodies and trigger its beneficial effects. With the potential to greatly affect the way our bodies work, a healthy endocannabinoid system is essential and it’s key that we recognize how to maintain it.

THE HISTORY OF THE ENDOCANNABINOID SYSTEM 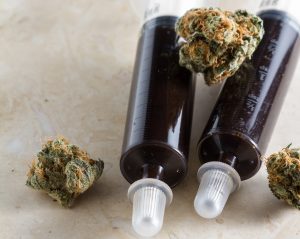 for fear of abuse of its psychoactive properties, the medical use, experimentation, and study of cannabis were eliminated, stalling the progress of our understanding of the endocannabinoid system and the possible medical effects of cannabis. For nearly 50 years, marijuana fell from popular pharmacopeia and was labelled as illicit in the minds of Americans.

Then the endocannabinoid system was defined in the early 1990’s when Lisa Matsuda announced that her team at the National Institute of Mental Health had first identified a THC-sensitive receptor in lab rat brains.

The path to the discovery of the endocannabinoid system, however, started more than a century earlier.

In 1895, researchers T. Barlow Wood, W.T. Newton Spivey, and Thomas Hill Easterfield became the first to isolate and identify a cannabis-derived cannabinoid, cannabinol (CBN) (Wood, Spivey & Easterfield, 1896). Over the next 70 years, researchers identified more cannabinoids, including R. Adams and others who identified and isolated CBD in 1940, and in 1964, Ralph Mechoulam and colleagues isolated and identified tetrahydrocannabinol (THC) (Pertwee, 2006) (Gaoni & Mechoulam, 1964). Following those monumental breakthroughs, researchers spent decades exploring those cannabinoids and their properties.

Before Matsuda’s discovery of the cannabinoid receptor in the animal’s brain, however, it was often speculated that cannabinoids produced their balancing effects via nonspecific interactions. Following this revelation, the National Academy of Science predicted the 1990s would be the “Decade of the Brain”. It turned out to be true as the following 10 year period would produce “more advances in neuroscience than in all previous years combined” (Lee, 2012).

It was in the early and mid-1990s Mechoulam and colleagues officially discovered the endocannabinoid system. It happened after he and his team were able to locate and identify two of the body’s naturally produced major endocannabinoids, anandamide and 2-arachidonoylglycerol, or 2-AG (Mechoulam & Hanus, 2000).

Since then, scientists have labored to learn as much as they can about the endocannabinoid system, our naturally occurring cannabinoids, and the ways cannabis alters this balance, publishing over 20,000 scientific studies referencing cannabinoids in just the last two decades.

WHAT IS THE ENDOCANNABINOID SYSTEM?

The endocannabinoid system is made up of several integrated mechanisms:

These mechanisms are predominantly responsible for communication within the body to best regulate various biological responses.

One of the prime questions raised in these early studies was whether or not the body produces its own natural equivalents to the previously discovered compounds called phytocannabinoids, like THC and CBD, found in the cannabis plant (Mandal, 2014). The answer turned out to be “yes” – in the form of the endocannabinoids anandamide and 2-AG, which are like the two prominent analogs to THC and CBD, (Pacher et al, 2006). With the understanding that we humans create our own cannabinoids, the door to deconstructing their purpose was opened.

ENDOCANNABINOIDS AS A RESPONSE

Endocannabinoids are created in response to needs within the larger physiological system and are largely understood to be used for the body’s regulatory functions. Acting backwards on presynaptic cells, they control the volume at which communicating signals are sent. It is in this way that endocannabinoids affect duration and intensity of the wide range of physiological processes under their control.

However, it has been repeatedly noted that, while the endocannabinoid system is linked to a number of important processes and is concentrated in the brain, nervous system, and reproductive organs, it does not affect regions of the brain controlling heart and lung function. This is one of the main reasons that fatal overdoses of cannabinoids do not occur (NCI, 2016).

HOW DOES THE ENDOCANNABINOID SYSTEM WORK?

Whenever there are deviations from homeostasis in the body’s functions, the endocannabinoid system is activated and begins to respond accordingly by synthesizing endocannabinoids, which act as neurotransmitters.

When the body creates neurotransmitters for the endocannabinoid system, they are picked up by specialized cannabinoid receptors, which sit on the surface of cells. These receptors are found in a wide range of physiological regions, such as in:

Like a key fits into a lock, endocannabinoids interact with these receptors and transmit information about changing conditions to kick-start a response, with the goal of helping the body achieve homeostasis, or equilibrium, within the body despite outside influences (Alger, 2013).

The endocannabinoid system’s receptor sites include CB1 and CB2 receptor variants, which respond differently to various cannabinoids (Pacher et al, 2006). CB1 receptors are most prevalent in the central nervous system and are linked to the following benefits:

CB2 receptors are found mostly on cells in the immune system and seem to dominate in fighting inflammation and damage to tissue. Some cells can even contain both types of receptors, each responsible for a different function.

There are two major endocannabinoids – 2-arachidonoylglycerol (2-AG) and Anandamide (AEA).

2-AG is considered a full agonist of both CB1 and CB2 receptors. This means that it binds with, and fits well inside, both receptors to activate them to stimulate a physiological response.

Anandamide is considered a partial agonist of both receptors, because, while it binds with and activates the receptors, it doesn’t fit as well inside them and subsequently doesn’t trigger such a powerful physiological response (Parcher, Batkai & Kunos, 2006).

Once the function that had deviated from homeostasis returns to equilibrium and the endocannabinoids are no longer needed, the third piece of the system – the metabolic enzymes – breaks down and degrades them.

Fatty acid amide hydrolase (FAAH) degrades Anandamide, and monoacylglycerol lipase (MAGL) breaks down 2-AG. By eliminating the endocannabinoids, the endocannabinoid system “turns off” the molecular signals and ends whatever physiological activity it had stimulated.

HOW DOES THE ENDOCANNABINOID SYSTEM AFFECT MY HEALTH?

There is also evidence that the endocannabinoid system may aid in the deletion of old memories (Ruehle et al, 2012). The extinction of  aversive memories is important to the progress of PTSD patients and in behavior conditioning for those with chronic anxiety.  By allowing patients to forget painful memories, they can reset their stress and anxiety responses to certain experiences and substitute a more positive reaction.

Cannabis has a well-known ability to increase appetite. However, because endocannabinoids are used internally for appetite control, inverse agonists to the CB1 receptor can be used to combat obesity by shutting off the body’s desire for food (Pagotto et al, 2005). The opposite can be accomplished by stimulating appetite in those suffering from wasting syndrome and allowing them to gain weight (Kogan and Mechoulam, 2007).

Finally, endocannabinoids also regulate metabolism and help control the transfer of energy through cells, ensuring optimal use of the food we do take in.

In today’s world, it is a common reality that the natural cycle of anxiety and physical response cannot be shut off due to constant exposure to stressors. Because cannabinoids affect the body’s glandular response to continued stress to regulate and temper response, the endocannabinoid system has implications for the way in which modern humans process long term stress and other enduring anxiety triggers (Akirav).

HOW DO CANNABIS-DERIVED CANNABINOIDS WORK WITH THE ENDOCANNABINOID SYSTEM?

As scientists learn more about the endocannabinoid system, they also explore the potential role the cannabis-derived cannabinoids like THC, cannabidiol (CBD), cannabinol (CBN), and more could play in supporting the system.

THC, the well-recognized psychoactive compound found in medical marijuana, activates receptors to elicit a chemical response. It is considered an agonist of both CB1 and CB2 receptors because it directly binds to the receptors and activates them. THC tends to favor CB1 receptors because it fits very well inside them and therefore is able to stimulate a strong physiological reaction.

When THC reacts with CB1 receptors, this is what causes the well-known “high” feeling from marijuana. THC also directly activates CB2 receptors, but is considered a partial agonist and therefore doesn’t elicit such a strong physiological response.

CBD causes chemical changes by blocking receptors. It tends to have low affinity for both CB1 and CB2 receptors, and instead acts as an indirect antagonist of agonists. This means that CBD sits imperfectly inside the receptors, not activating them but preventing other chemical messengers like THC from binding to them (Pacher, Batkai & Kunos, 2006).

As we continue to learn more about the endocannabinoid system, we will also learn about the potential for the scope of active compounds from cannabis (like THC, CBD, and CBN) to be used therapeutically.

SHOULD I ADD CANNABINOIDS TO MY BODY?

One theory about how the endocannabinoid system relates to our overall health is the proposed endocannabinoid deficiency syndrome, or CECD, which speculates that. for some people, the body does not generate enough endocannabinoids (Smith and Wagner, 2014). This concept, originally proposed by researcher E.B. Russo in 2004, further speculates that the deficiency could be the root cause of many autoimmune disorders, including migraines, fibromyalgia, and IBS (Russo, 2004).

By modulating the endocannabinoid system (Kaur, Ambwani & Singh, 2016), several diseases and conditions could possibly be treated, including:

One of the main obstacles to the acceptance and use of cannabis and its active cannabinoids in medicine is the problem of abuse for its psychoactivity. However, this issue does not arise in a number of possible approaches to the regulation of the endocannabinoid system:

Because small doses of phytocannabinoids can encourage the body to create more naturally occurring endocannabinoids and their receptors, it may be possible to bolster the sensitivity of our native systems with regular cannabinoid supplements (Pacher et al, 2006).

Overall, significant research must still be done to better understand the impact of the endocannabinoid system on our overall health and how supplementing our natural endocannabinoid production with plant-based cannabinoids may play a significant therapeutic role in our health. However, extensive early studies show great potential for using this vital system to the benefit of patient health.

To learn more about how individual cannabinoids can be used to promote overall well-being, read our informational articles on CBD, THC, CBN, and CBC, or visit our extensive collection of researchinto the conditions affected by cannabinoids and the endocannabinoid system.

example of the receptors..,