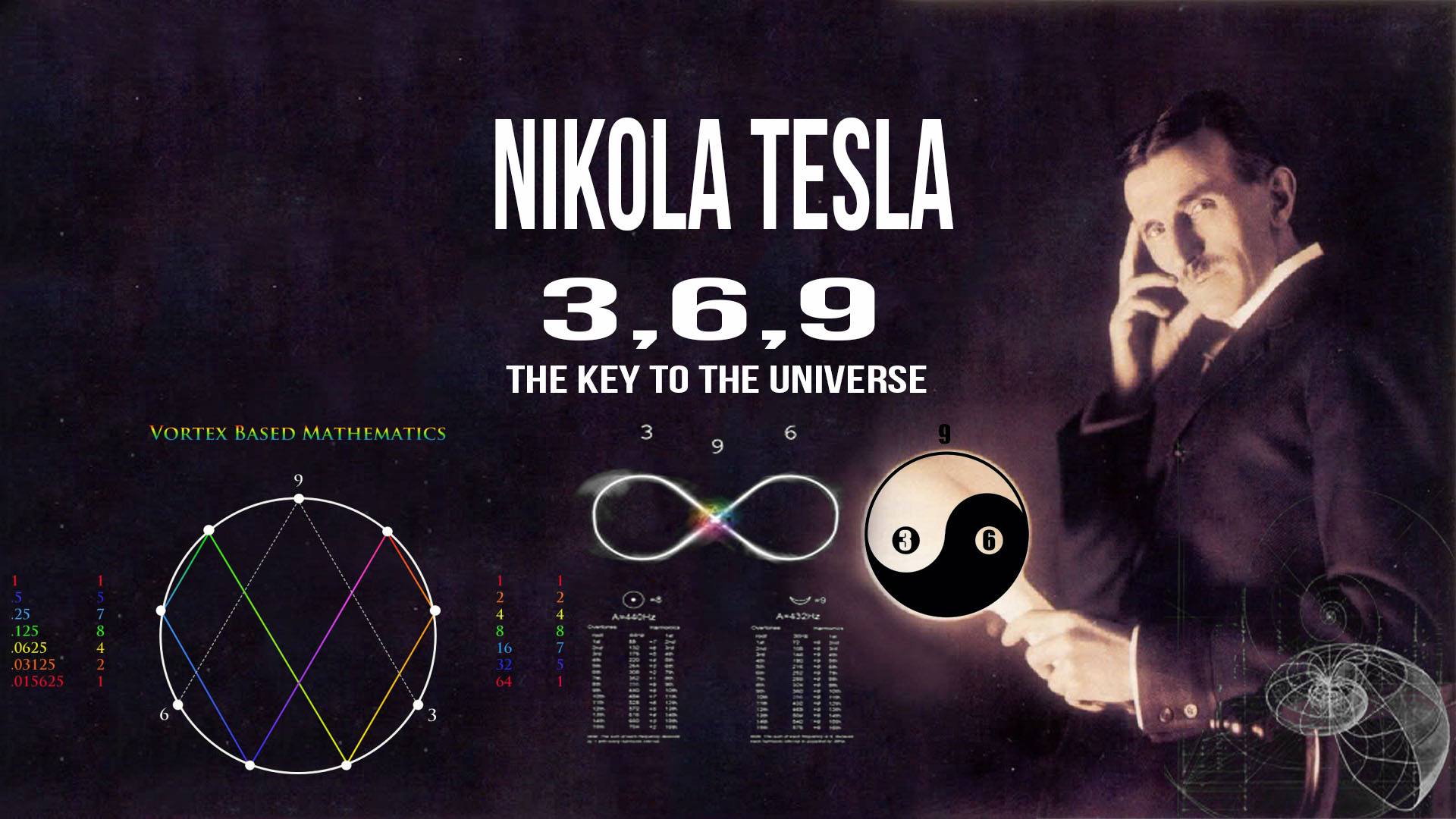 If you want to find the secrets of the universe, think in terms of energy, frequency and vibration—Nikola Tesla

Everything in life is vibration—Albert Einstein

The natural frequency of an object is associated with one of its many “standing wave patterns” by which it vibrates. The natural frequencies of a musical instrument are sometimes referred to as the harmonics of the instrument. An instrument can be forced into vibrating at one of its harmonics (with one of its standing wave patterns) if another interconnected object pushes it with one of those frequencies. This is resonance: when a second object vibrating at the same natural frequency as the first object forces it into vibrational motion. A common example is pushing someone on a swing. The Bay of Fundy experiences tidal resonance. Acoustic resonance can occur between a musical instrument and a human vocal cord. A crystal wineglass will shatter when exposed to a musical tone of the right pitch (its resonant frequency). Electrical resonance of tuned circuits in radios occurs when a certain radio frequency is received. Orbital resonance occurs when two orbiting bodies—like two moons or two planets (e.g., Neptune and Pluto)—exert a regular, periodic gravitational influence on each other.

Inventor and Engineer August Worley tells us that “resonance occurs when two or more tuned frequency systems interact in such a way as to induce an energetic transfer.”

Schumann Resonance (SR) is the global electromagnetic resonance that occurs as a set of peaks in the extremely low frequency (ELF) portion of the Earth’s electromagnetic field spectrum between 3 and 69 Hz, with distinct peaks at 7.83, 14.3, 20.8, 27.3 and 33.8 Hz. SR acts as a closed waveguide. It’s like a wave-bridge.

“So astounding are the facts in this connection,” said Nikola Tesla in 1899 of the Earth’s electromagnetic resonance—later named Schumann Resonance in 1954, “that it would seem as though the Creator, Himself had electrically designed this planet.”

The normal standing wave created in the Schumann Cavity occurs at a wavelength equal to the circumference of the Earth, and at a base frequency (and highest intensity) of between 6-8 Hz (7.83 Hz). Some call this basic frequency the Earth’s “heartbeat” or the “tuning fork” of the planet, suggesting that it generates natural healing properties when living things are entrained to its rhythm. It turns out that all biological systems resonate at this same frequency range. The electrical resonance of the Earth lies between 6-8 Hz. This coincides with alpha rhythms produced by the human brain during meditation, relaxation and creativity. Dolphins produce sound waves that coincide with the Schumann Resonance Frequency of 7.83 Hz. According to the AquaThought Foundation, human contact with dolphins induces both alpha brain state and hemispheric synchronization in the brain. Dr. H. König, Schumann’s successor at Munich University, discovered that the dominant brain wave rhythm of all mammals is the alpha or resting state of 6-8 Hz.

When two vibrating systems resonate with each other, like the human brain and the global electric circuit, a rise in amplitude in the waves occurs. They are said to be in tune. They are resonating. Proponents suggest that a rise in amplitude causes a rise in our consciousness energy and that Schumann Resonance generates healing effects when living things are entrained to its frequency.

Nikola Tesla certainly understood this when he intuited that energy waves in the earth and the atmosphere could be used to transmit power to any point on the globe. He understood that the surface of the Earth, the ionosphere and the atmosphere together form one gigantic electrical circuit—an electrified Gaia, so to speak—and this formed the basis for his work on wireless energy transmission. Tesla was able to transmit power and energy wirelessly over long distances (via transverse waves and longitudinal waves). He transmitted extremely low frequencies (ELF) through the ground and between the Earth’s surface and the Kennelly-Heaviside layer of the ionosphere. Tesla patented wireless transceivers that developed standing waves and it was he who discovered that the resonant frequency of the Earth was about 8 Hz and in the range of the Schumann Resonance or Cavity.

Modern technology appears to be threatening humanity’s connection with earth’s fundamental frequency and the natural vibrations of Schumann Resonance. Threats include artificial man-made EMF radiation, wireless technology, and high frequency heating microwaves pulsed at 2.45 GHz. Whether we co-evolved with Earth’s natural electromagnetic environment or were created with Divine Intelligence to live in harmony with it, many experts believe that artificial man-made EMF radiation masks the natural beneficial frequency of the Earth and may create an environment that is literally `out of tune’ with Nature itself.

Cymatics, Evolution and the Power of Sound

A while back I wrote an article entitled “the Mozart Effect: The Power of Music” in which I discussed how music can heal the body, strengthen the mind and unlock the creative spirit. For instance, music with a pulse of about sixty beats per minute can shift consciousness from the beta wave (ordinary consciousness at 14-20 Hz) toward the alpha range (heightened awareness at 8-13 Hz), enhancing alertness and general well-being.

The study of cymatics, coined by Hans Jenny from the Greek word kyma(wave), explores how sound affects gases, liquids, plasmas and solids and how vibrations, in the broad sense, generate and influence patterns, shapes and moving processes. When sound travels through non-solids it moves in longitudinal waves called compression waves. In matter, the medium is displaced by sound waves, causing it to oscillate at a frequency relative to the sound, and visible patterns emerge.

Jenny was convinced that biological evolution was a result of vibrations, and that their nature determined the ultimate outcome. He speculated that every cell has its own frequency and that a number of cells with the same frequency create a new frequency, which is harmonious with the original, which in its turn possibly formed an organ that also created a new frequency in harmony with the two preceding ones. Jenny was saying that the key to understanding how we can heal the body with the help of tones lies in our understanding of how different frequencies influence genes, cells and various structures in the body.

Extending his tonoscope research into voice and language, Jenny discovered that when the vowels of ancient Hebrew and Sanskrit were pronounced, the sand took the shape of the written symbols for these vowels, while modern languages didn’t generate the same result. This has led spiritual philosophers to ponder if “sacred languages” (including Tibetan and Egyptian) have the power to influence and transform physical reality, to create things through their inherent power, or through the recitation or singing of sacred texts, to heal a person who has gone “out of tune”?

Since ancient times, low frequency sound was used in various forms to cause physiological and psychological effects. From the chant of Tibetan monks, to the Gregorian chant, to the Music of African tribes, and Australian aborigines; low frequency sound was used to calm, to excite, to relieve anxiety, to motivate warriors, and to induce relaxation.

Physioacoustics is a scientific method of applying low frequency stimulation to the human body to obtain desired emotional or physical effects. Physioacoustics may be thought of as the science that takes the active ingredients out of music, concentrates them, and infuses them in pure form to motivate or heal.

Researchers in Physioacoustics use sound waves in the frequency range of 27 to 113 Hz. Most research in Low Frequency Sound has been carried out in Scandinavia, England, and other parts of Europe . Since 1991 controlled studies in North America have demonstrated significant decreases in anxiety, tension, muscle spasticity, arousal states, and dramatic increases in relaxation and a sense of well-being.

I recently attended a festival dedicated to Nikola Tesla on his 158th birthday at the Science Centre in Toronto. While I was there, I met August Worley, inventor of the Pyradym, a sound-healing instrument that uses the principals of physioacoustics. Shaped in the form of a pyramid, the self-contained electrically powered apparatus helps stimulate and facilitate the human body’s own self-healing.

He build the bio-resonating Pyradym because, “it just seems logical to me that having a convenient and interactive way of treating our bodies to harmonious resonant frequencies can go a long way towards correcting some of the damage induced by our toxic environment. Consider the “envelope of frequency hash” being generated in our hostile electromagnetic environment. I believe we underestimate the refractory impact the EMFs being generated in our technologically-based societal environment is having to our immune systems, aside from what we ingest.”

In a 2007 interview with Asheville reporter Bill Brackney, Worley revealed that, “a few years ago a widely circulated survey published the average life spans of people in various occupational groups. “Experts” were surprised to find that orchestral conductors were the longest-lived occupation in the survey. I read that and thought ‘why wouldn’t this be so?’ Aside from the obvious aspect of the aerobic activity of the involved upper body movement, they are being regularly washed at the cellular level in a shower of pure, harmonious resonant frequencies being generated right in front of them! In fact – they are essentially the focal point of all of the sound being generated by the orchestra, aren’t they?!”

“Resonance,” says Worley, “is a metaphor for the energetic expression of the Universe at its most fundamental level.”

We are a gestalt culmination of light, wave-pulse, matter and motion resonating with this beloved planet Earth and its water. Our minds and bodies “sing” its choral aria. I’ve heard it. Have you?